Breaking Up For the Holidays

As Adele says, "Hello. It's me. I've been wondering if after all this time we should break up because social media is making me weak." No, really. That was her first draft before she decided so many syllables screwed up the flow.

Adele and I are simpatico in so many ways. She's blonde, as am I (or was, before the grey initiated a hostile takeover). She's a mum, I'm a mom, let's not quibble over vowels. (But I will fight you over "Zed," you crazy Brits.) She has a tortured past, as evidenced in song. I have a tortured past, as evidenced in rehab. She rocks the eyeliner, I rock the eyeglasses. Close enough.

What we both understand deep in our souls is the need to occasionally disengage from the world. Adele needed to replenish her creative wellspring. I'm just trying to make it through Christmas. So I've decided, for the sake of life-flow, I must temporarily remove myself from social media.

"But, Megan," you ask, "aren't you engaging in a form of social media right now? Won't you post the link to this page on Facebook and Twitter?"

You are not alone in recognizing the hypocrisy, my dear friends.

To clarify, I'm disengaging on my terms. Which is basically how I do everything. Ask The Captain. This means I need to drop the razor and stop snorting Twitter. I've become the late-night fiend who, hopped up on injustice, can't stop retweeting even after everyone has gone to bed. I'm losing sleep, friends, and money. Raise your hand if you recognize me from college!

There's something to be said for railing against the inequities of the world, and I consider it to be a core tenet of Meganism. But my personality tends toward obsessive distraction, which can be dangerous. I fall down the virtual rabbit hole and lose sight of the way home. And, lately, it's dark and depressing in there, full of wearying reminders of the casual cruelty of mankind. It's enough to make a girl want to give up and sit on the couch eating brownies all day. Or Reese's Peanut Butter Cups.

So, for this holiday season, I'm breaking up with the little blue bird. I've decided to follow the example of  one of our greatest revolutionaries, Jesus, by rejecting the noisy allure of the technological world. Yes, I know J.C. didn't have an iPhone, but just as I came to recognize cocaine as the devil's drug, I'm pretty sure Jesus would see Satan in the iOS. They both make it too easy to escape from the demands of the real world. And I've learned over the years that I wasn't put on this planet to have it cushy. I was put here to do drugs, get clean, marry The Captain, and raise a passel of kids with special needs.

There have been challenges but, just like Adele, I made it to the other side. That's mostly because I came to understand I'm here to change the world with love. And loving the folks right in front of me works even faster than the Internet.

One last tweet: Go be a revolutionary. Love someone. 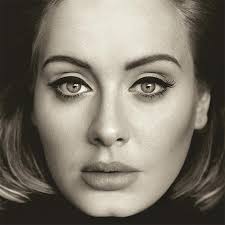